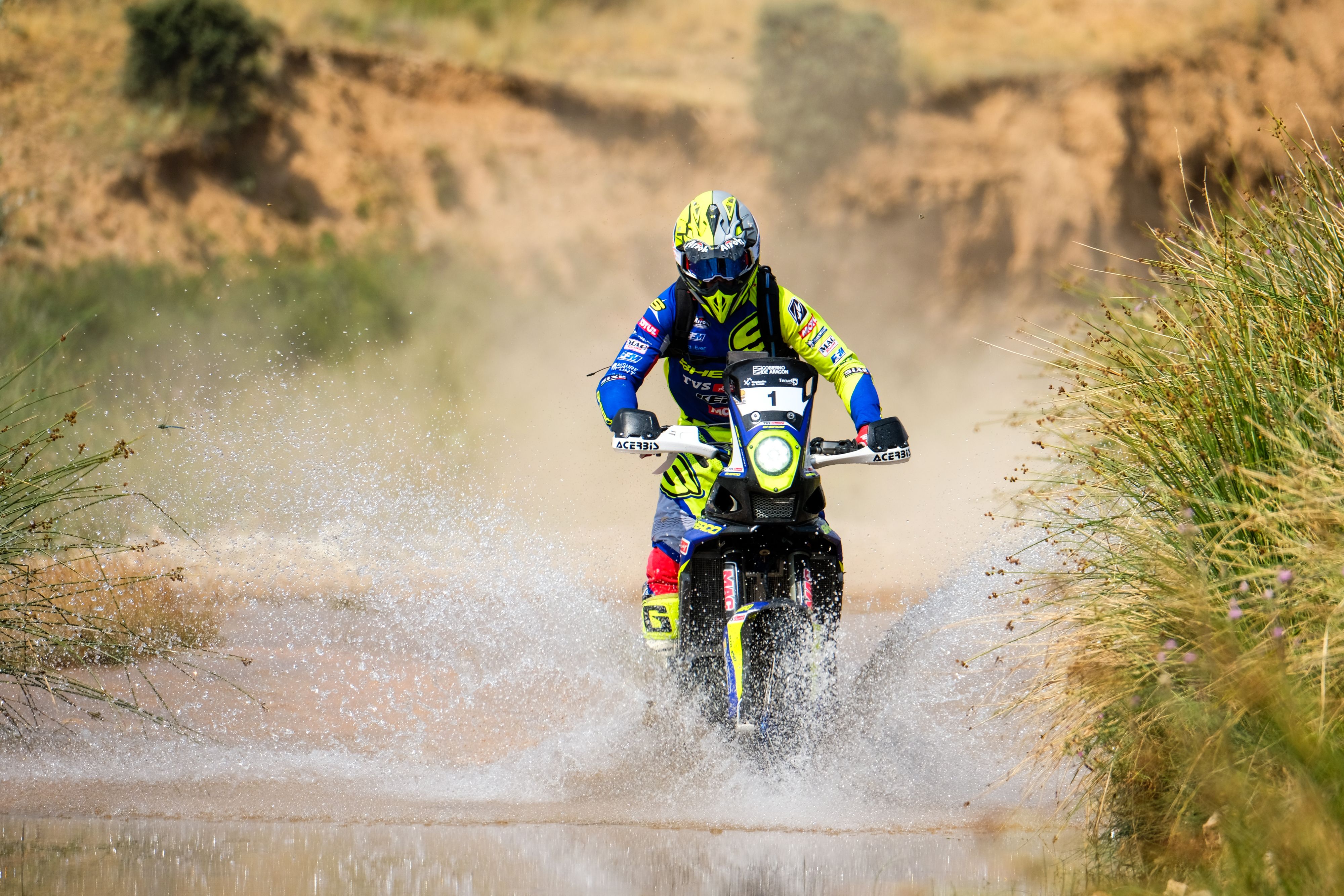 74 BIKES AND QUADS TO START IN BAJA SPAIN ARAGON

The 37th edition of Baja Espana Aragon is taking shape and on Friday the official entry lists of bikes and quads have been revealed. Eventually, 74 riders from 12 nationalities have sent their entries for the event.

In the FIM Bajas World Cup, besides local heroes Joan Barreda, Tosha Schareina, Lorenzo Santolino, Joan Pedrero, it will be Adrien Van Beveren from France and Paulo Oliveira from Mozambique, seventh in the general classification of the championship, are the ones to watch. Pedrero, who has four victories under his belt in the race, and this year he can outscore Nani Roma. Isidre Esteve is the rider with the most wins in bikes.

Spanish rider Sara Garcia, a regular competitor of the Baja Espana Aragon, and Dutch Mirjam Pol will be the only female riders on two wheels.

The Open Baja Aragon will also boast a high number of riders, 28 to be precise. Javi Vega and Carlos Martinez from Spain and Jorge Brandao and Arcelio Couto from Portugal stand out from the list.

Just like among bikes, the fight will also be fierce in the quad category, with the main favourite being once again Mario Gajon (KTM) from Aragon. Toni Vingut and his French rival Alexandre Giroud are expected to battle for podium places. A total of 15 quads will line up for the start in the FIM Bajas World Cup and in the Open de Aragon.

The entry lists of cars and trucks to start in the 37th Baja Espana Aragon will be revealed on Monday, 19 July.