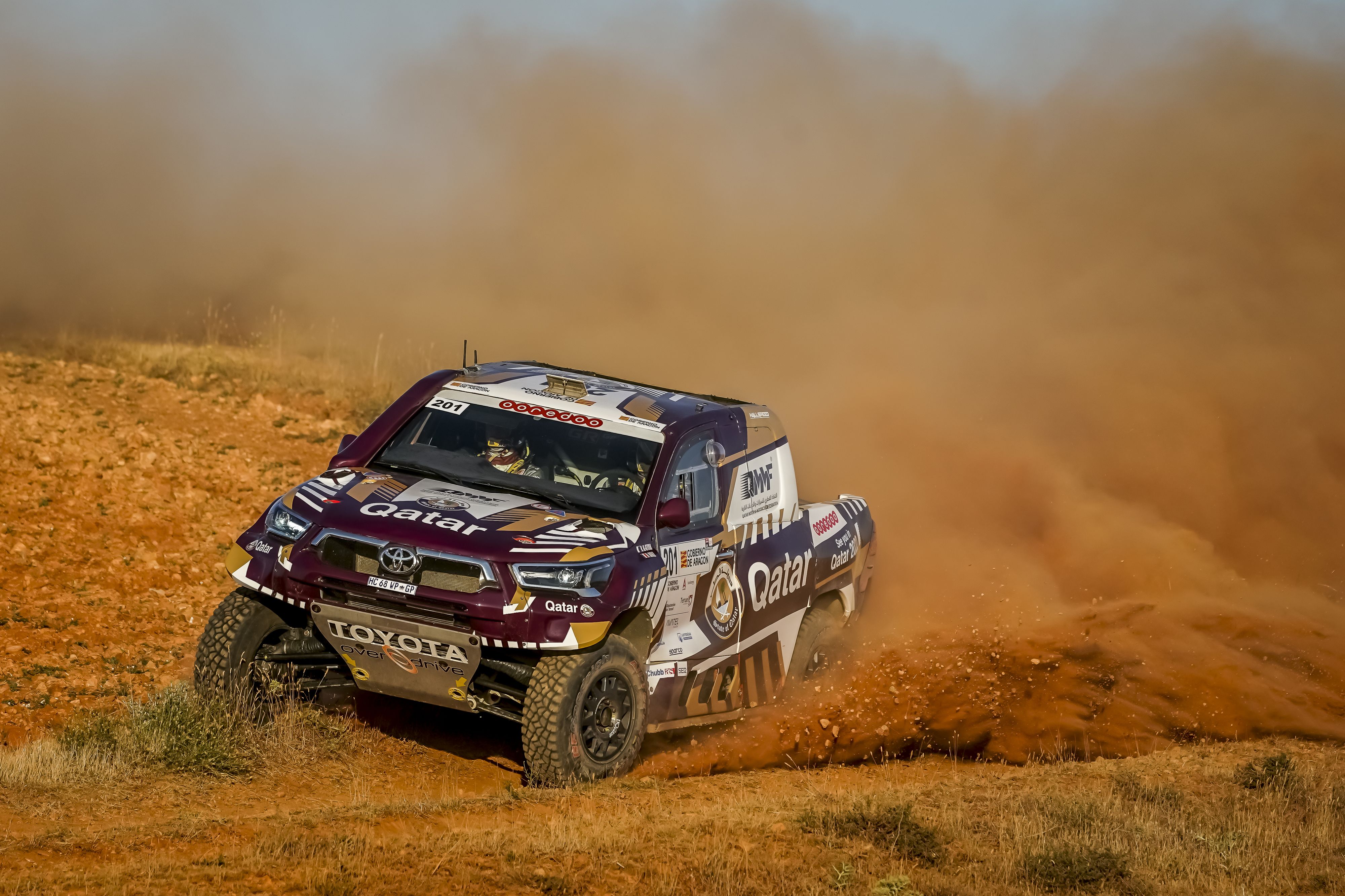 Al-Attiyah and Barreda, in the lead

Starting as leader, Sebastien Loeb (BRX) was not able to get close to the pace of Al-
Attiyah’s Toyota Hilux, losing time at each of the intermediate timing points. Loeb’s 42-
second gap at the first one grew to 1’36” until the second. The Frenchman managed to gain
back some time until the finish line, where he clocked a time 1’05” behind Al-Attiyah. Behind
the duelling duo, Orlando Terranova arrived in third position. The Argentinian restarted in the
morning after the technical problems he suffered yesterday.

Sebastien Loeb
“It was quite difficult with a lot of rocks at the start and I had to be careful. In the end, I had a
puncture and in the second part of the special I tried to push very hard to get some time
back and we did it. Now comes the longest special stage and we’ll see.”

“It was good, but it wasn’t easy. There are a lot of rocks and we had a puncture once. It’s
good to be the leader but we’ll see in the second special stage, the longest of this Baja.”
The best Spaniard in this special stage was once again Nani Roma, who finished 2’53”
behind the leader. The Catalan continues to accumulate experience and kilometres with the
BRX and keeps fighting for a podium finish in his twentieth Baja Espana Aragon. However,
in the Spanish championship classification, he lost his lead in the morning, after being
passed by Tiago Reis. The third and last special stage for the cars starts at 13.21h, and with
its 209 kilometres it will be the longest of the rally.

BARREDA KEEPS THE LEAD IN BIKES

In the bike category, Joan Barreda won the first special stage of the day, the longest of this
37th edition Baja Espana Aragon-Trofeo Avatel, with 209 km against the clock. The rider
from Castellon was 2 minutes and 17 seconds faster than Tosha Schareina and 48 seconds
ahead of Lorenzo Santolino, who finished second and third, respectively.
In the provisional overall standings, Barreda already has a gap of 4’11’’ over Santolino
before the last special stage of the race, 112 kilometres between Monreal del Campo and
Santa Eulalia.