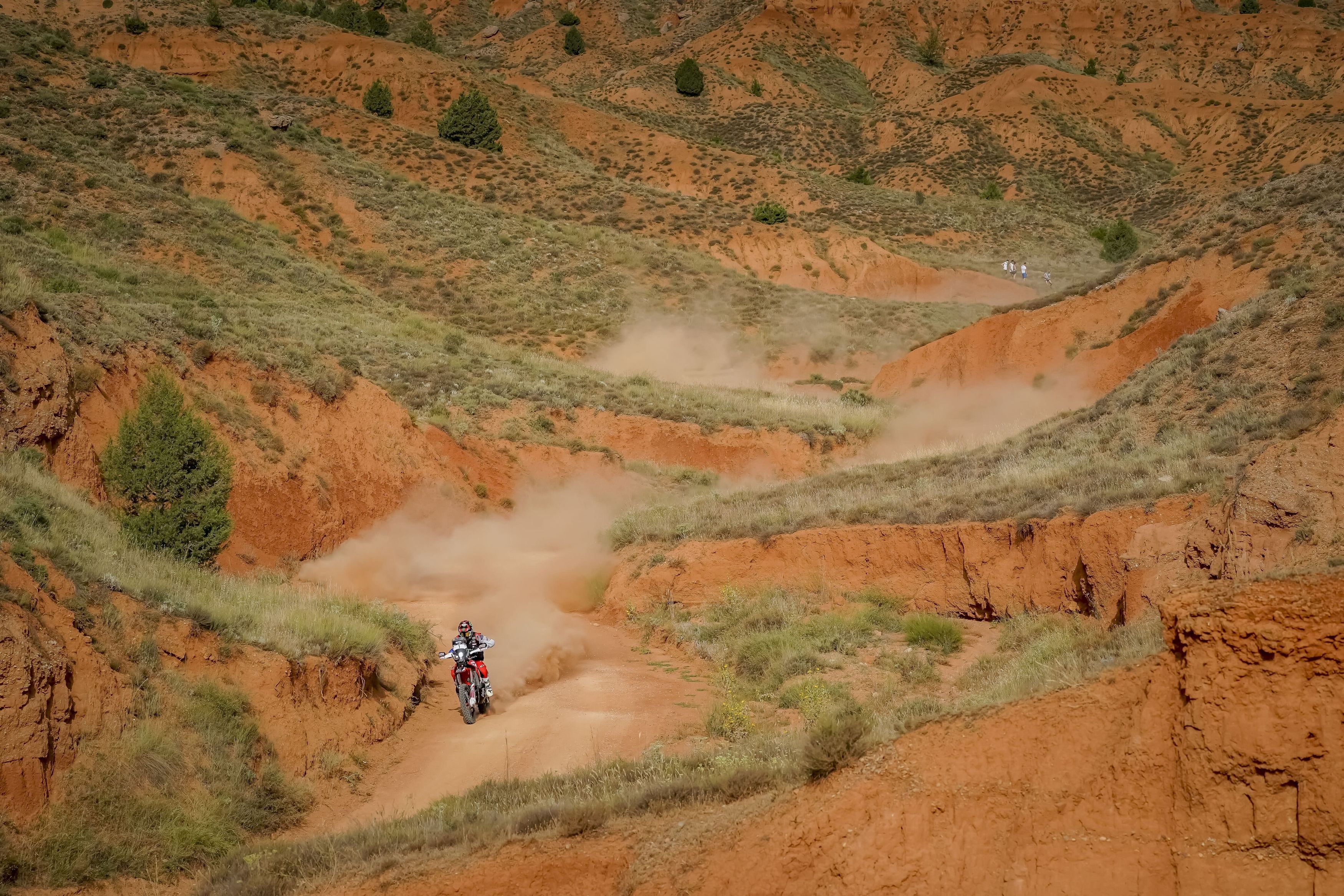 The first day of the Baja Espana Aragon – Trofeo Avatel saw a fight to the seconds between
the main favourites in both the car and the bike category. Sebastien Loeb in cars and Joan
Barreda in bikes finished the stage as leaders after a day marked by the toughness of the
route.

With only one timed section in the first stage, the standings changed several times between
the three intermediate timing points along the 180 km special stage. With Terranova’s
technical problem in the first part of the special Sebastien Loeb took the lead and kept it until
the finish, winning over Nasser Al-Attiyah by only 1 second, while Mattias Ekstrom finished
third. In a day marked by technical problems and punctures, Nani Roma was the best of the
Spaniards, 2’15” behind Loeb.

“Good feelings, we had a small navigation error and a puncture, but the
pace was good. I rode well and we made it to the end”.

Among bikes, Joan Barreda started off in a winning way, finishing first in Stage 1. The rider
from Castellon set the pace in the two special stages of the day, the first of which was a 5
km prologue in Teruel, in which he beat Tosha Schareina by just 4 seconds.

In the first long special of the Baja Espana Aragon, which stretched 180 km long between
the towns of Banon and Cuevas Labradas, Barreda repeated his success in the prologue
and was the fastest again at all intermediate timing points and, of course, also at the finish
line. The Honda rider needed to complete the day with the best time, 1’16” ahead
of Lorenzo Santolino, who closed this first day of competition in second place, while third in
this timed section was Tosha Schareina.

“It was a very hard special stage and we had to keep our concentration and avoid the big
rocks. The truth is that we have kept a good pace and it was not easy because there were
some dubious areas due to the tracks left by the cars”.

“Tomorrow will be even harder. The track is getting more and more broken and it’s going to
be very hard. I think this is one of the hardest Bajas I have ever raced, but we are going for it”.

In the quad category, Frenchman Alexandre Giroud closed the day with a victory that was
decided in the last 50 kilometres of the stage. The leader up to that moment, the Spaniard
Jorge Lafarja, suffered problems and eventually lost 36 minutes to Giroud at the finish line.
Toni Vingut, behind, finished second in the category.

Tomorrow will be the second and last day of the race with two special stages. The bikes and
quads will start the day with the longest section of this edition (209 km long) and then
complete this 37th Baja Espana Aragon-Trofeo Avatel with the 162-kilometer special stage
between Monreal del Campo and Santa Eulalia.