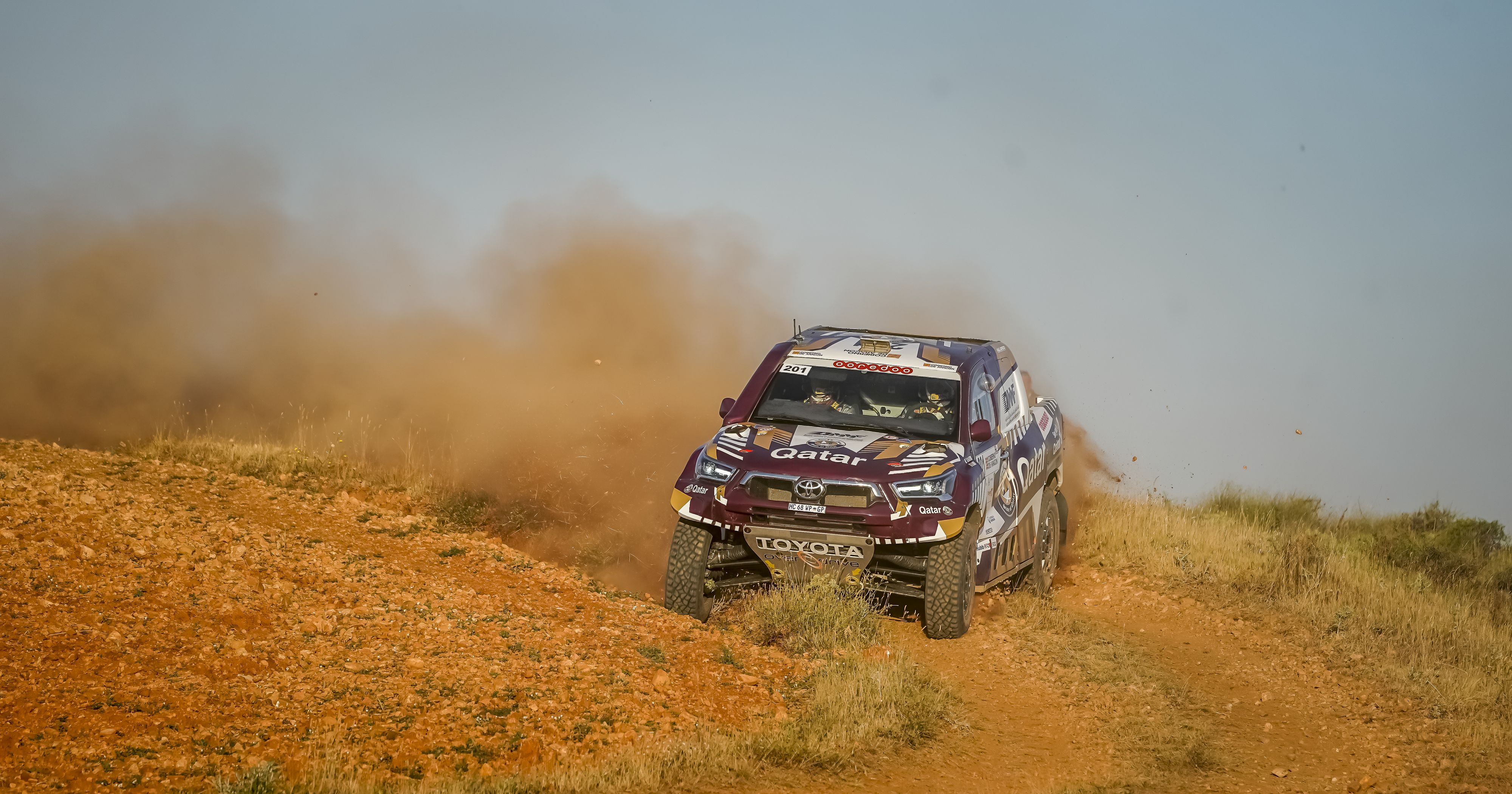 The winners of the Baja Espana Aragon – Trofeo Avatel were eventually decided only in the last special both in cars and bikes categories once again in this year’s 37th edition. The fight for the three podium places was fierce between the top contenders.

Among cars, Qatar’s Nasser Al-Attiyah scored his fourth victory in Aragon following a fantastic battle in the last special stage. The Overdrive driver had been the fastest in the Monreal del Campo-Santa Eulalia special stage, building a gap just over a minute to Loeb.

But in the longest special stage of the rally, Banon-Cuevas Labradas (209km), Loeb began to attack, being 2’43” faster than Al-Attiyah at the third intermediate control point. However, in the last part of the special stage, the nine-time world rally champion saw his nightmares coming true: the power steering system on his BRX broke, and later he got a puncture, which deprived him of all chances of a victory or even a podium finish.

Nasser Al-Attiyah, who also got punctures in the special and used all his spares, decided the rally for himself in the last kilometres of the last special stage. The second position finally went to Mattias Ekstrom, while the third step of the podium was taken by Yazeed Al-Rajhi. “I am really happy to win again. This is the fourth time I have won the Baja Espana. Today our car and the team worked really hard,” said the four-time winner of the Baja Espana Aragon – Trofeo Avatel.

In the Spanish TT-Trofeo Avatel Championship, Nani Roma took the victory in Teruel, with Isidre Esteve finishing second and Felix Macias third. In the provisional championship standings, Macias remains in the lead. Among SSVs, Victor Verdu and Federico Mogni continued their fight for the title in Teruel and with his victory, JMP Racing’s driver became the new leader.

In the Side by Side World Cup, the battle was also fierce. Gerard Farres started the last special stage as the overall leader, 1’5” ahead of Alexandre Re. But in the longest special stage of the rally, the cards were shuffled. The Portuguese driver increased his pace, and Farres already lost 8 minutes to Re by the second intermediate point. This gap grew to 10 minutes until the finish line of the special which pushed the drivers to the limit with its toughness. The Catalan even missed out on the podium.

Martin Macik has added some more nice memories to his collection about the Baja Espana Aragon – Trofeo Avatel after scoring his third victory in Teruel today, the second in a row. The Czech driver beat Maurik Van de Heuvel by 10’59”. Tomas Vratny finished third.

Spain’s Joan Barreda scored his fifth victory in the bike category of Baja Espana Aragon today afternoon. The Honda rider was the fastest in all special stages and won with a gap of 4’43” ahead of Tosha Schareina in the overall classification, which is a significant difference, especially in the light of Barreda’s problems in the last special.

“I had to put my leg hard on the ground and I bent my knee. I felt a crack and I had to keep a little calm to reach the finish line,” said Barreda.

In the 112-km-long last special stage, Tosha Schareina managed to recover the 11-second gap he had to Lorenzo Santolino and closed his participation in the Baja Espana Aragon on the second step of the podium, while the Sherco rider finished third in the final overall standings.

In the Open Baja Aragon for bikes, Javier Vega won by 3’12” ahead of Albert Martin, with KTM rider Brian Gomez finishing third. In the women’s classification, Sara Garcia won the bike category.

In the quad category, Alexandre Giroud took the win with 17’19” ahead of Spain’s Toni Vingut. In the Open Baja Aragon quad race, victory went to Jose Vicente Martinez.