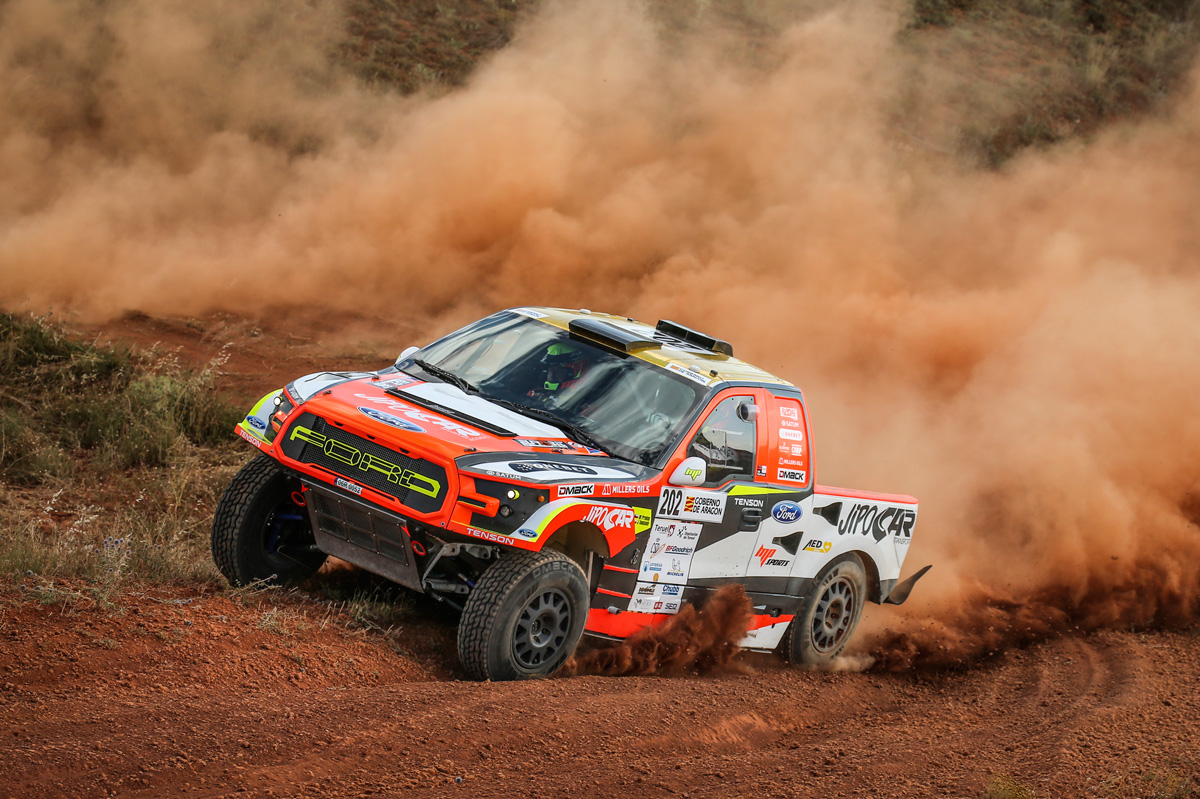 Martin Prokop and Michael Metge, leaders in cars and motorbikes after second stage

Czech Republic’s Martin Prokop and his co-driver Jan Tomanek have kept the lead in the 35th edition of Baja Aragón after Saturday’s two specials of 215 km and 147 km each. The gap between him and his closest rival Vladimir Vasilyev is 1 minute 1 second, while third placed Xevi Pons is already 2 minutes 45 seconds behind.

Practically everyone in the field had their share of adventures and bad luck in the two long specials of Saturday in Baja Aragón, even those at the top of the classification. Current race leader Martin Prokop saw his bad memories from last year’s race to revive in the 215 km long first special when he got stuck in the dust and lost his lead to Russia’s Vladimir Vasilyev, who had a problem-free first run.

Aron Domzala lead the field for the first part of the special but later he lost about ten minutes with two punctures and spending five minutes in a ditch. World Cup leader Kuba Przygonski also punctured and lost precious time with difficulties while changing the tyre. He was overtaken by Xevi Pons, but the Catalan experienced engine problems on his Toyota, so both Przygonski and Prokop were stuck in his dust.

In the second special, Vasilyev opted for a safe approach to avoid punctures, but this resulted in losing time against Martin Prokop who thus was able to take the lead back, 1 minute 1 second in front of the Russian. Pons’ Toyota this time worked well, allowing him to score the third time in SS3 and maintain the same position in the overall classification. After disastrous SS2, Przygonski fought back with a victory in SS3 thus climbing up to 4th place overall and setting his sight on a possible podium finish.

In T2, category leader both in the World Cup and in Baja Aragón, Ahmed Al-Shegawi had three punctures in the first special but had a problem-free run in the second. In T3, Santiago Navarro is on the top of the classification before Sunday’s final special.

In bikes, Michael Metge is in the lead, followed by Juan Pedrero and Adrien Metge. In quads, Gerard  Casanova has been the fastest so far, in front of David Gomez and David Serrano.