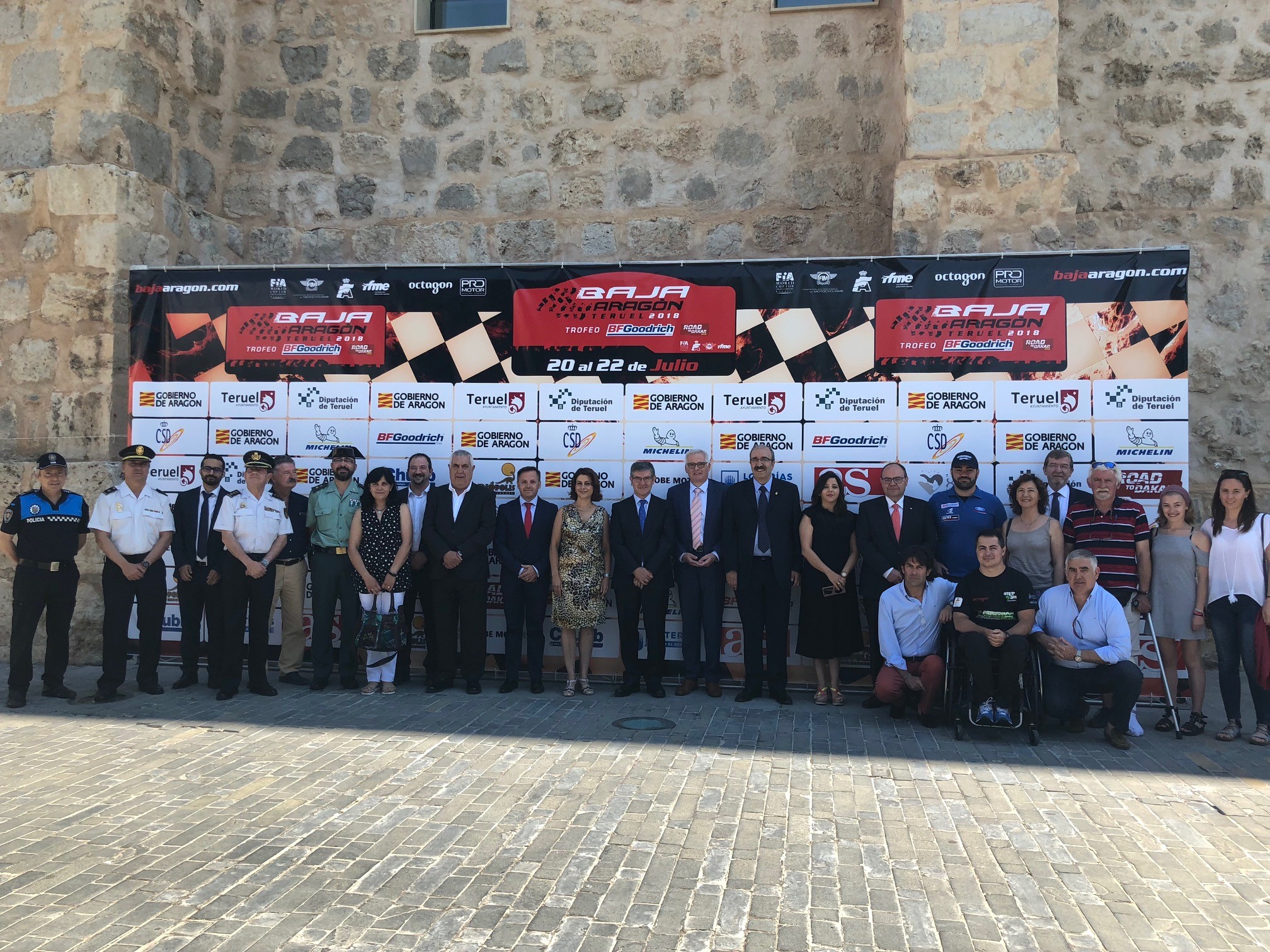 For the sixth consecutive year, on 20-22 July the province of Teruel will host the race, which has more than 220 vehicles

Baja Aragón 2018, the 35th edition of the long history of this event, will be held on 19-22 July in Teruel that has been the venue for the Aragonese event for the past five editions and which has turned around with the celebration.

The regions of Teruel Community, Jiloca, and Cuencas Mineras will be hosting over 800 kilometres of route for the more than 200 vehicles registered in the different categories.

This edition will be the sixth consecutive in which the Baja establishes its headquarters in Teruel, and in which its route runs through this province, showing the commitment of Teruel, a relationship that began in 2009, when the prologue and the first days of the race were held for four years in a row on the newly opened circuit of Motorland Aragón.

The best drivers and riders in the world gather in Aragón

The Baja Aragón 2018 will have more than 220 vehicles registered in all the categories together.

In trucks, there will be a total of 12, with Martin Macik, winner of last year, and regulars such as Aguirregaviria, Mariezcurrena, Javier Herrero and Javier Jacoste.

In motorcycles, the title defender of the last two editions, Joan Barreda will be at the starting line again together with other top riders such as Michael Metge, Dani Oliveras or Rosa Romero, and altogether more than 80 bikes.

In cars, for the moment 133 vehicles have been confirmed (22% more than last year), among which the presence of the three leaders of the FIA World Cup for Cross-Country Rallies stands out: Jakub Przygonski, Martin Prokop and Vladimir Vasilyev will all line up for the start. Beside the big guns, it will be interesting to watch ex-biker Gerard Farrés has started his first season on four wheels, and also other drivers like Aron Domzala, Miroslav Zapletal, Isidre Esteve, Manuel Plaza or Xevi Pons.

And not only the professionals

But Baja Aragón would be nothing without the hundreds of non-professional competitors who throughout its history have been part of the entry lists, and who are the ones who have contributed to make this race big and perpetuate.

For this reason, for the 35th edition it has been decided to give an even more special presence to all the “anonymous” pilots who combine their professional activity with the raids and who strive both personally and financially to be able to access the Baja: they will be given a special presence at the press conference presentation, as well as throughout the race.

Beside the promotional categories and programs such as Road to Dakar and Road to Merzouga, which give the winner the chance to obtain a place and participate in the Dakar, the category of ParaBaja will give access to the race for disabled drivers.

In addition, this edition stands out for the great growth in the number of entries of women. In cars, there will be a total of five teams formed entirely by women, among which is for example the local driver Cristina Gutiérrez, while among the motorcycles there are a total of 6 female riders, including Rosa Romero.

We repeat the volunteer program

The volunteer recruitment program that began two editions ago has been a success, and gives the opportunity to a group of people chosen to be part of the race and work with the best cross-country rally competitors in the world, in addition to contributing an added value to their training process.

Within this program, more than 150 applications have been received, and a total of 250 places will be assigned between section commissaries and personnel for secretarial work, offices and information work to the public.