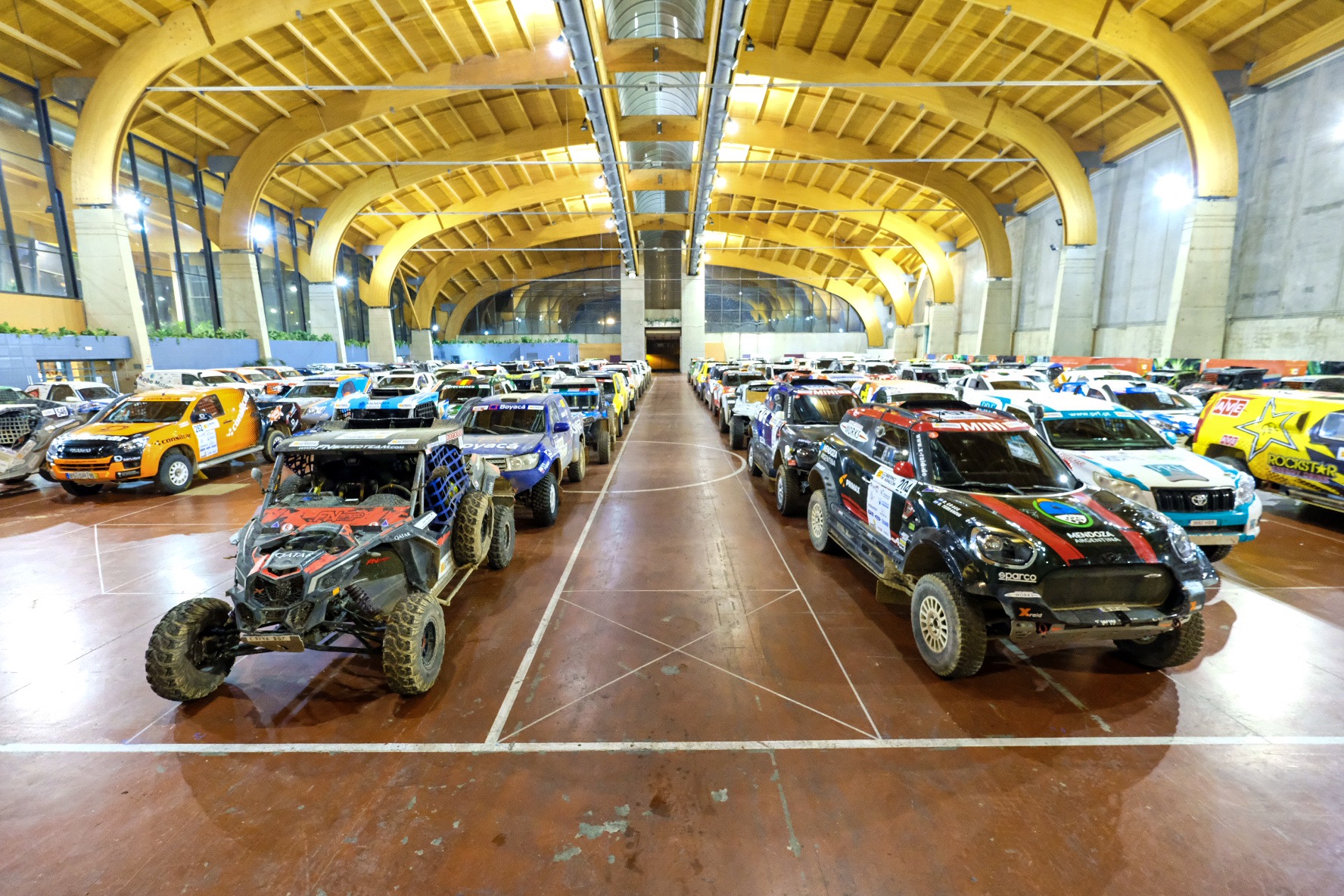 This Thursday the most awaited edition of the past decade of the Baja Espana Aragon-Trophy Avatel finally begins. After the forced cancellation last year due to the coronavirus pandemic, the only Spanish round of the Bajas World Cup is the race chosen by the best drivers and riders in the international scene.

Orlando Terranova, together with his Spanish co-driver Daniel Oliveras, aims to repeat his 2019 success when he took the victory after a fierce battle with Nani Roma. The Catalan is to add another start to his two-decade-long history with Baja Aragon, which he has won on nine occasions (five in cars and four in bikes). Roma will drive a BRX Hunter together with his co-driver Alex Haro.

Prodrive is to field a dream team in Baja Aragon, including also Sebastien Loeb, who teams up with Belgian Fabien Lurquin for the first time after the departure of Daniel Elena. The nine-time world rally champion will make his debut in this event, facing his main Dakar rivals.

One of them is Nasser Al-Attiyah, for whom this is not the first outing in Spain this year: previously he won Andalucia Rally. With three Dakar triumphs and the same number of victories in Baja Espana Aragon, he will be the one to beat in his Toyota Hilux.

Another world-class driver to line up for the start is Saudi Arabia’s Yasir Seaidan, the current leader of the FIA World Cup for Cross-Country Bajas, who is looking to strengthen his lead in the series after two consecutive wins in Saudi Arabia and in Jordan.

The 37th Baja Espana Aragon will be the second round of the local cross-country rally championship CERTT-Avatel. Felix Macias and Jose Luis Conde will run for repeating the victory they scored in the season opener Baja Dehesa Extremadura. Santiago Navarro will drive an Overdrive OT3, while the reigning Spanish champion Javier Pita starts with a Ford Ranger. Among SSVs, David Asensio will start from the front after his triumph in Badajoz. His main rival will be the Spanish champion Federico Mogni.

Macik, the driver to beat in trucks

Martin Macik’s goal for the Baja Aragon cannot be other than to add a third victory to his record after the ones scored in 2017 and 2019. The Czech driver included the rally in his preparation programme for the Dakar Rally once again this year. His rivals in the category will include his fellow countryman Tomas Vratny as well as Spain’s Alex Aguirregaviria and Javier Mariezkurrena, among others.

Battle of titans in bikes

The battle for the victory among bikes will be going to have a Spanish accent this year, with Joan Barreda, Lorenzo Santolino, Tosha Schareina, and Joan Pedrero representing the host country on two wheels. However, they will be facing tough rivals like Adrien Van Beveren from France as well as Paulo Oliveira and Rui Goncalves from Portugal.

On Thursday, the administrative checks and the scrutineering will take place at ther Palacio de Exposiciones y Congresos in Teruel. The first race day will be Friday, with 180 kilometres against the clock. On Saturday, the second and last day of the event, the crews will tackle timed sections of 353 kilometres. For further information, please visit www.bajaaragon.com.