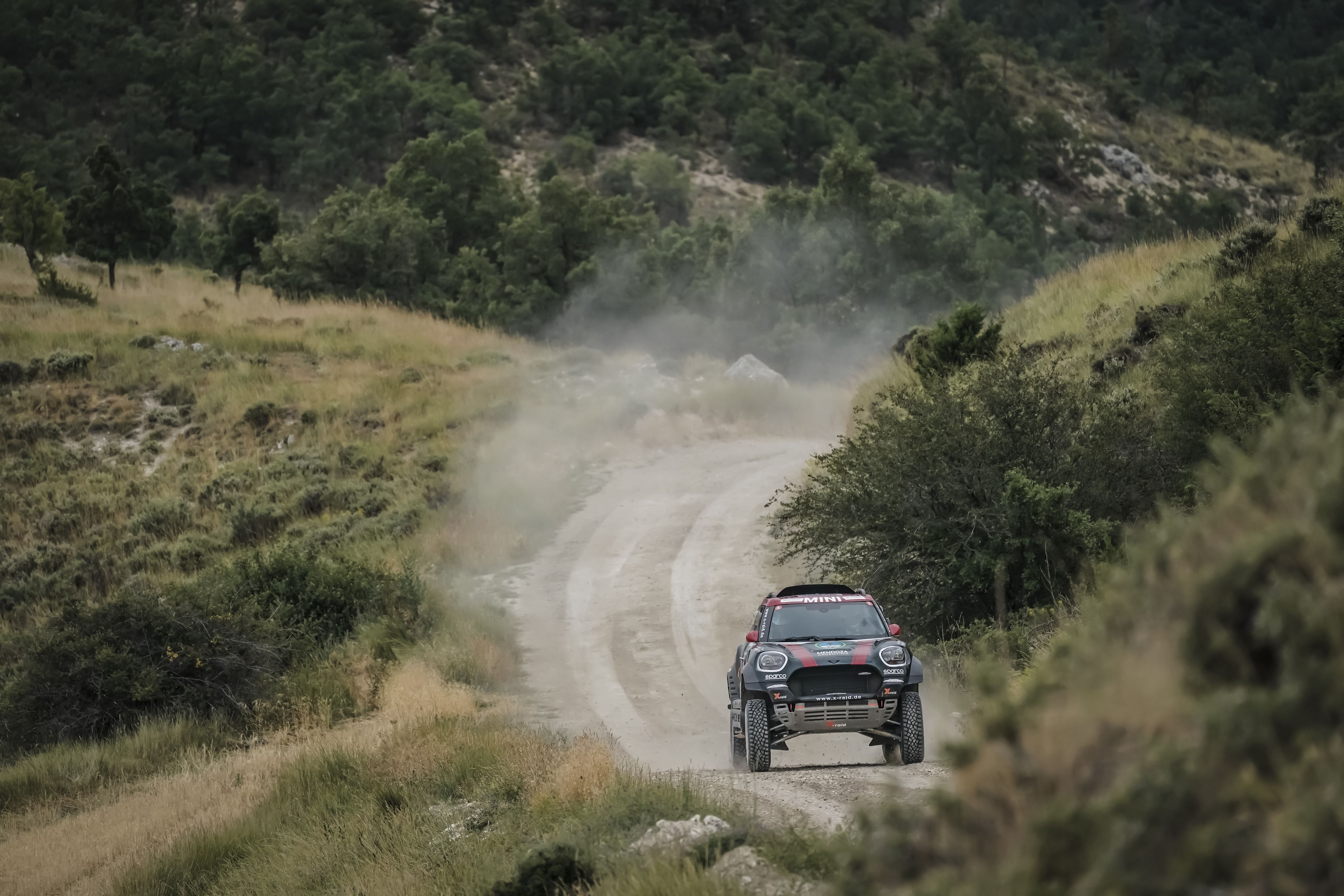 A record number of competitors, more than 200 crews will line up at the start of the 37th edition of Baja Espana Aragon, 132 of them taking part in the cars category. The Teruel event, the only Spanish round of the FIA World Cup for Cross-Country Bajas will see real legends of rallies and the Dakar in the race.

The current leader of the World Cup, Yasir Seaidan arrives in Spain after winning the last two events of the series, taking place in Saudi Arabia and Jordan. The Saudi driver is one of the numerous candidates for victory.

The reigning champion of the 2019 edition, Orlando Terranova from Argentina, will share the team with two other contenders for victory: Nani Roma (five-time winner of Baja Aragon) and Sebastien Loeb (nine-time rally world champion). The Frenchman could add his name to the golden book of the event for the first time.

Three-time Dakar winner Nasser Al-Attiyah will be running for his fourth Baja Aragon victory in a Toyota Hilux of the Overdrive team. His teammates will include Yazeed Al-Rajhi from Saudi Arabia and Erik Van Loon from the Netherlands. Sweden’s Mattias Ekstrom and Spanish drivers Isidre Esteve, Carlos Checa and Jesus Calleja are also aiming to add their names to the record books.

Kleinschmidt and Alobaidan in Teruel

German Jutta Kleinschmidt, the first and only woman to win the Dakar Rally, (in 2001) will be another racing legend in the field. The Cologne native returns to the Baja Aragon at the wheel of a Mini to continue adding kilometres in preparation for the next Extreme E event. On the other hand, Mashael Alobaidan will be the first Saudi Arabian female driverto compete outside the Middle East in preparation for the 2022 Dakar Rally.

However, they will not be the only women in this edition of the Baja Aragon as the Australian Molly Taylor, the British Catie Munnings, the French Marion Andrieu, the Italian-Spanish Christine Giampaoli and her co-driver Rosa Romero (in a Toyota Hilux) and Monica Plaza (at the wheel of a Toyota Land Cruiser) have also sent their entries.

The telecom operator Avatel, main sponsor of the rally and also of the Spanish Cross-Country Rally Championship, will present in this edition the Avatel ecoPower, the first 100% electric vehicle acting as “0” car.

This Thursday, on 22 July, administrative checks and scrutineering will take place at the Palacio de Exposiciones y Congresos de Teruel. The race will be run on Friday, 23 July and on Saturday, 24 July.