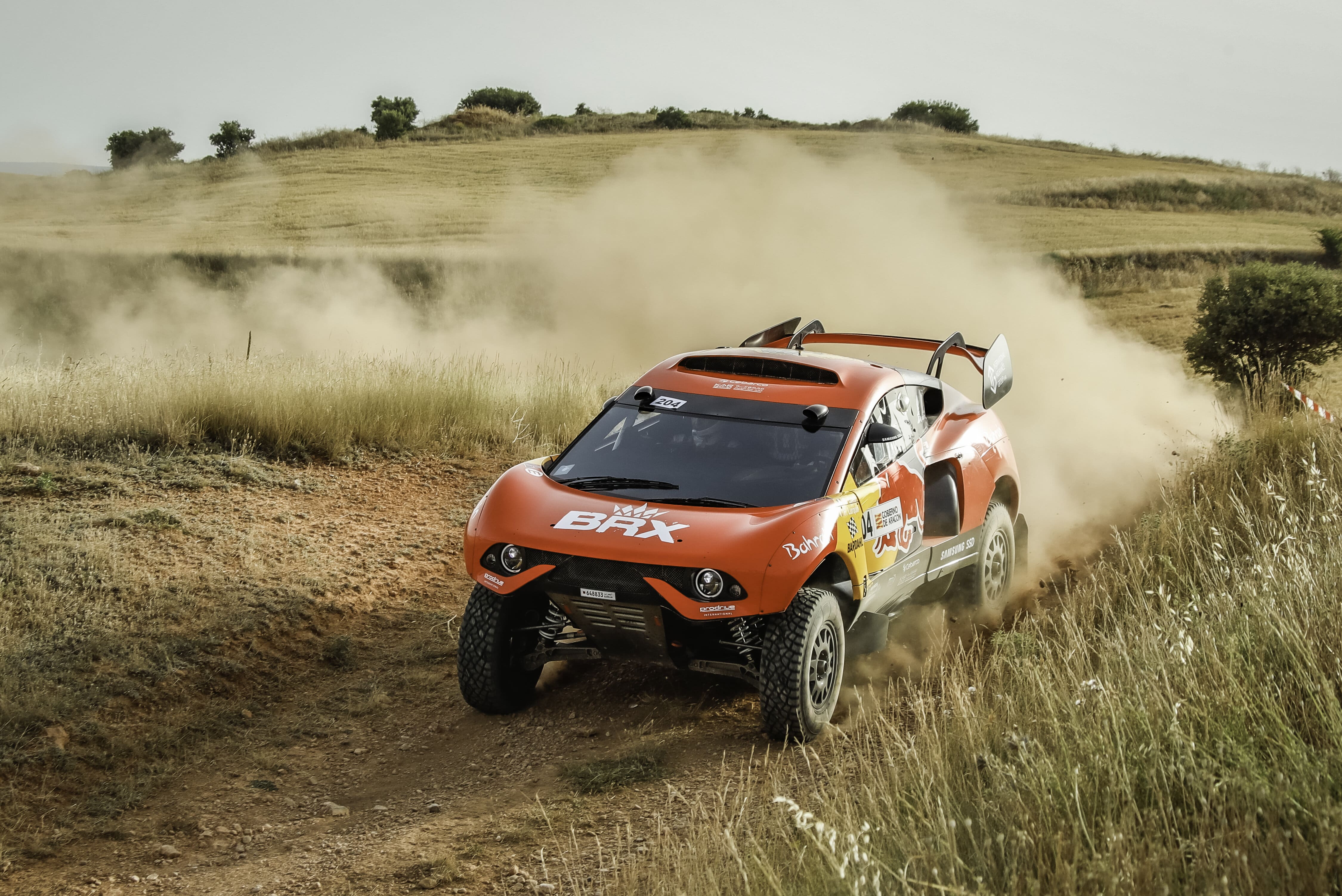 VICTORY FOR SEBASTIEN LOEB IN STAGE 1

The first day of the Baja Espana Aragon – Trofeo Avatel has brought a battle to the second between the main favourites. With only one special stage, 180 kilometres against the clock, the rankings changed significantly between the three intermediate timing points.

Terranova and Oliveras set the pace for the first 48 km in their BRX with a remarkable speed, 17 seconds ahead of Krzysztof Holowczyc and Lukasz Kurzeja and 32 seconds ahead of Nani Roma and Alex Haro. Sebastien Loeb and his new co-driver Fabian Lurquin were 57 seconds from the leader then, but later the Frenchman found a better rhythm and climbed to the second position at km 100 of the special stage, with a mere 5-second gap from the then-leading Polish duo.

The first big surprise came when first leaders Terranova and Oliveras had to withdraw due to rear suspension problems on their BRX. The cards were shuffled again with Holowczyc, Loeb, and Roma being separated by just 40 seconds and Al-Attiyah and Baumel also increasing their pace in the Toyota Hilux.

In the last part of the special, rankings changed again, and eventually it was Sebastien Loeb who celebrated a partial victory, with a mere one-second gap to Al-Attiyah who managed to gain back more than a minute in the last 30 kilometres. Mattias Ekstrom and Emil Bergkvist finished third, 1’43” behind the leader. The best of the local drivers was Nani Roma who will start the second and last day of Baja Espana Aragon – Trofeo Avatel 2’15” behind Loeb.

“Good feelings, we had a small navigation error and a puncture, but the pace was good. I drove well and we made it to the finish.”

“Happy and positive on the one hand and on the other hand we are learning the car. We had a puncture once and then, from km 50 onwards, I started to have brake problems, I had to slow down and at km 100 I lost brakes. It’s a new car we have to understand and see how we can better cool the braking system, but seeing how everything went, I’m very happy. Tomorrow will be a day to survive.”

Nasser Al-Attiyah: “It was a difficult day, everyone had problems with the tires, but the important thing was to finish today. Tomorrow will be another day and we will try to fight to win the Baja Aragon”.