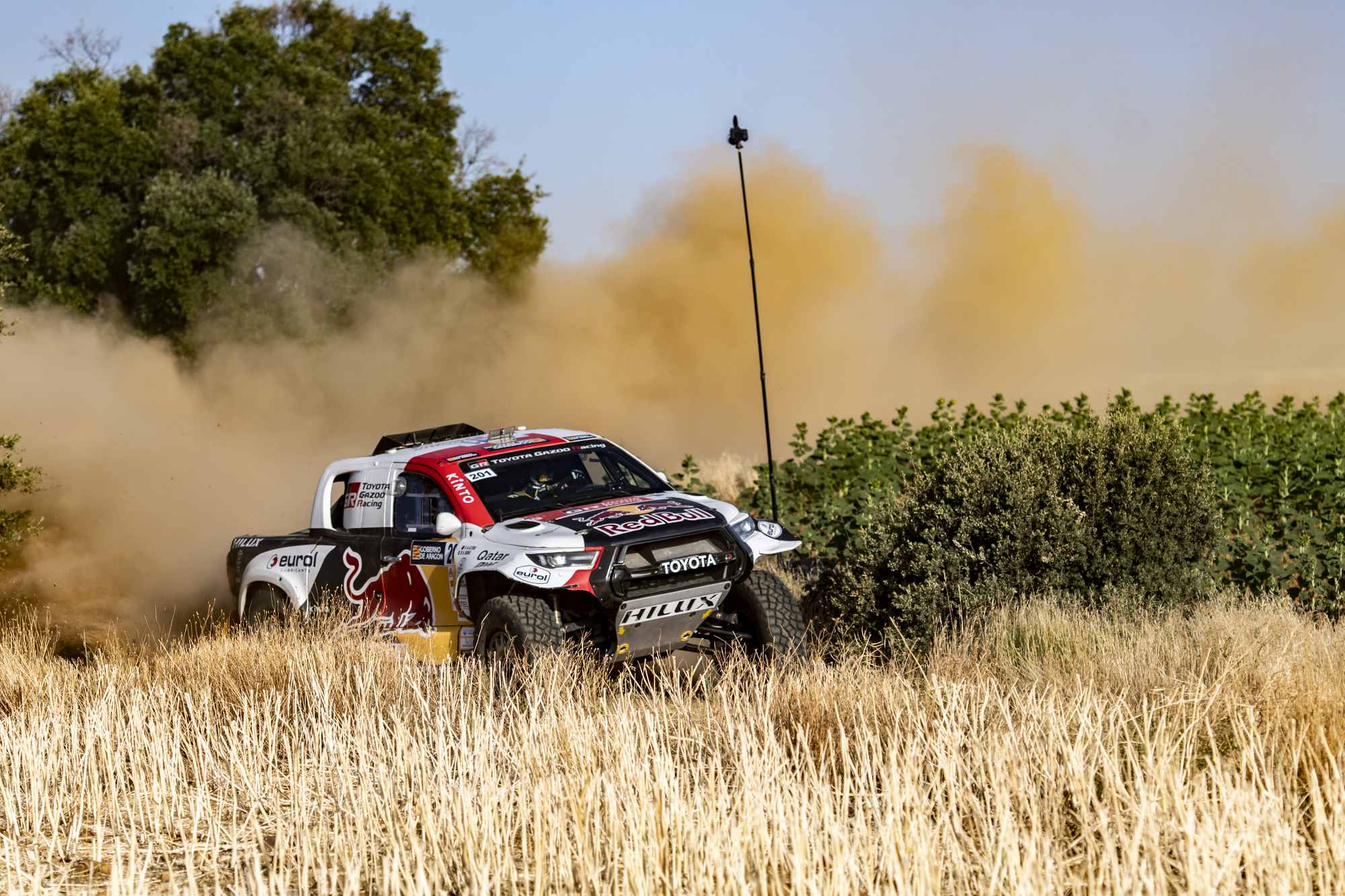 Two clear favourites have emerged in the first day of the Baja España Aragón Trofeo AVATEL in the car and bike categories.  Nasser Al-Attiyah (cars) and Tosha Schareina (bikes) clocked the best time in the first special in the morning.

The Qatari set the pace from the start, winning the first 180 km special stage. Nasser Al-Attiyah was fastest at all the intermediate points of the route and was 2’01” ahead of Yazeed Al Rajhi at the end of the special. Third to finish was Brazilian Lucas Moraes in a Toyota Hilux, 3’50” behind the leader.

In the T3 group (SSV), Joao Días started with victory ahead of Rubén Gracia and Cristina Gutiérrez. The latter has managed to recover some time after slight navigation problems during the stage to occupy the lowest step of the virtual podium. WRC driver Dani Sordo finished seventh. In T4, Miquel Prat with the Yamaha clocked the best time.

In the Spanish Cross-Country Rally Championship, the current leader, José Antonio Ramos started the day with winning the special stage, beating Daniel Alonso, by 1’34”. The leader and runner-up of the Spanish Championship clocked very similar times, but the Asturian suffered mechanical problems on his arrival at the Service Park.

After a short service, the crews are now tackling the second special stage of the day, the longest of the weekend with 222 kilometres against the clock.

Tosha Schareina was the main protagonist of the day in the bike race, taking his first partial victory in this event. He did so after starting the day setting the best pace, overtaking Rui Gonçalves before the first intermediate point of the longest stage (222km) and managing the gap to Lorenzo Santolino for the rest of the special.

At the end of their duel, the KTM rider finished 1’40” in front of Santolino, with Harith Noah arriving third.

In the quad category, Alexandre Giroud was the fastest on the first special stage of the day ahead of Dani Vilà. In the Trail category, the leaders were the same as on Friday in the prologue stage, Iván Cervantes and Joan Pedrero leading the Trail and Maxi Trail categories respectively. Last but not least, Héctor Asensio won the Aragonese Trophy.

The bike/quad category is currently tackling the second, 180 km long special stage of the day, which started at 14:08h.