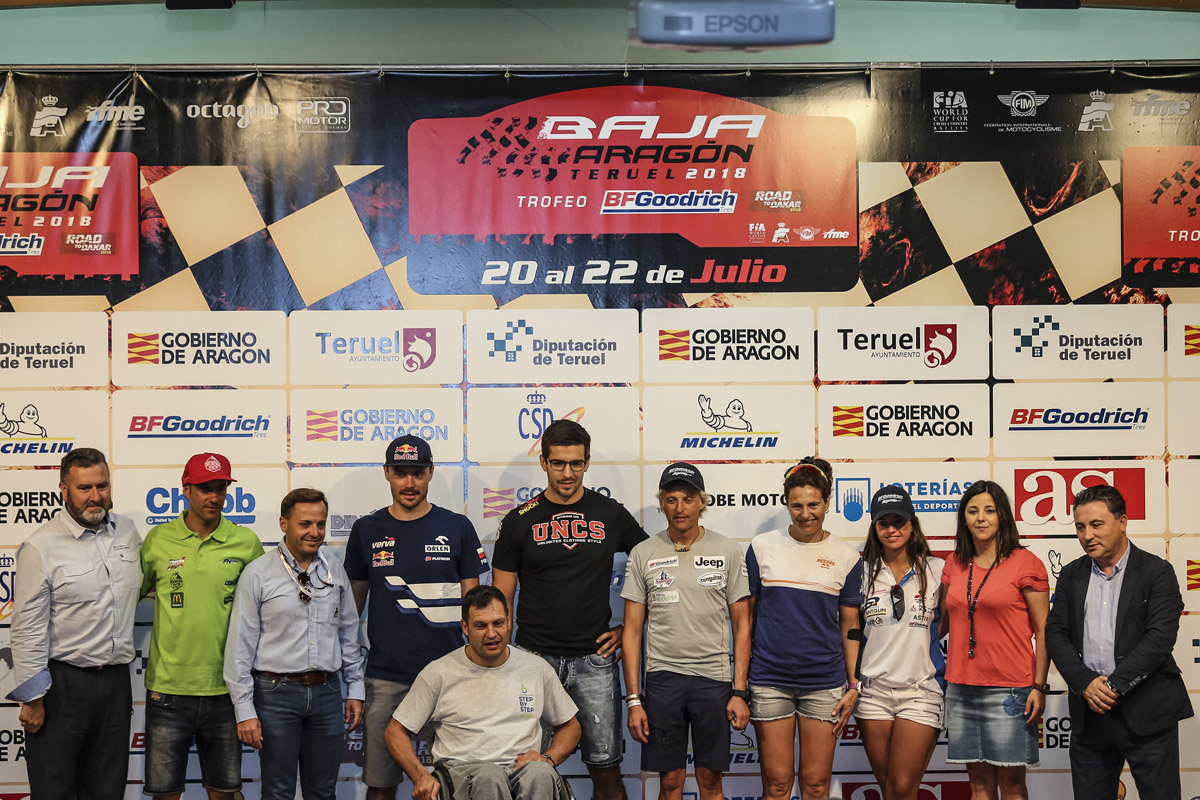 The edition with the more women starts from Teruel

More than 230 entries, 32 of which are women, make the 35th edition of Baja Aragón the busiest in recent years

The 35th edition of Baja Aragón has started today from Teruel for the sixth consecutive year, with a record number of entries (more than 230 in all categories together), and the huge growth experienced in the number of female competitors.

A total of 32 women are on the entry lists, including five complete crews in cars, and six participants in motorcycles.

At the press conference of the rally, car driver Cristina Gutiérrez, told to be “very happy” with this fact, that makes her feel “less alone”. Just like Rosa Romero, regular participant in motorcycles, who assures that “never” has been in a rally with so much female entries, “not even the Dakar”.

They have been accompanied by the adventurer Jesús Calleja, an old acquaintance of the event;  Polish driver Jakub Pryzonski, leader of the FIA World Cup for Cross-Country Rallies; Albert Llovera, participant and ambassador of ParaBaja; Gerard Farrès, who after scoring five victories in motorcycles has switched to the buggies; and Martin Macik, defending champion in trucks.

Metge and Prokop are the first leaders after the prologue

During the afternoon, the first of the four specials of Baja Aragón 2018 started, on a track of just over 12 kilometres in the town of Alfambra.

Pryzonski, Prokop and Vasilyev, who arrived to the Baja as leaders of the FIA ​​Cross-Country Rally World Cup, took the start together with other excellent drivers like Aron Domzala, Ricardo Porem, or the locals Xevi Pons, Luis Recuenco or Ruben Gracia.

Martin Prokop has been the fastest in the prologue, followed by Pons, Pryzonski and Domzala, all of them separated by a few seconds only, promising a fierce battle for the top positions in this category for the rest of the race.

According to the FIA ​​regulation, the first 10 drivers in the prologue can choose their starting position for the following day, so the starting order of the morning stage will be the following: Domzala, Przygonski, Pons, Prokop, Vasilyev, Porem, Gutiérrez, Martins, Ferreira and Recuenco.

Among the bikes, it does not seem to be an easy ride for anyone. The provisional podium is occupied by Michael Metge, Dani Oliveras and Marc Solà, followed by Joan Pedrero, Adrien Metge and Mario Gajón’s quad – all experienced riders with a huge fighting spirit.

In buggies, Gerard Farrès, for whom this is the first season on four wheels, was the first to cross the finish line; while in trucks, the provisional leader after today’s stage is Czech Republic’s Jaroslav Valtr in a Tatra.